The school year starts without incidents in Calvià 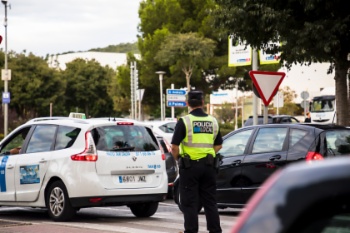 THE SCHOOL YEAR BEGINS WITHOUT INCIDENTS IN CALVIÀ

A total of 5,033 students have returned normally to the classrooms in the centres of Calvià, of which 1,061 students are of pre-education, 2,361 of primary education and 1,611 of secondary education. These figures are expected to increase throughout the course since, as reported by the municipal school office, the arrival of new students is constant in the municipality of Calvià. Students enrolled in Vocational Training will begin their school activity on Monday 23rd September.

Calvià Town Hall has invested 107,000 euros this summer in refurbishment and rehabilitation works in the pre-education and primary education centres. New canopies have been installed in pre-education buildings, Puig de Sa Ginesta school has a new basketball court, all the slats of Jaume I school have been changed, and painting and tiling works have been carried out, amongst others.

In addition, one more year, Calvià Town Hall has promoted the reuse textbooks programme in the primary and secondary education schools of the municipality, with a total contribution of 60,000 euros, and with the involvement of the entire educational community. It is the fourth year that this scheme takes place in Calvià where there are four centres that reuse 100% of the books: Ses Quarterades in Calvià, Son Caliu, Jaume I in Palmanova and Galatzó.

On the other hand, school transport for high school students from the three IES of Calvià has also been resumed. This service is put into operation by the Calvià Town Hall with municipal funds of more than 200,000 euros, since it is not covered by the Regional Ministry for Education and University that only finances transportation in mandatory stages. 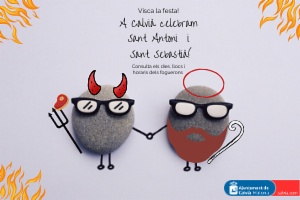 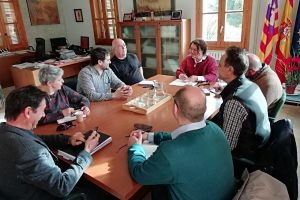 Meeting with the Ministry of Agriculture 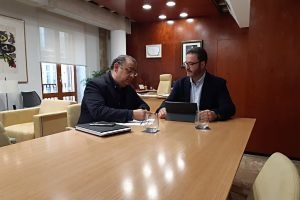 Meeting of the mayors of Calvià and Palma 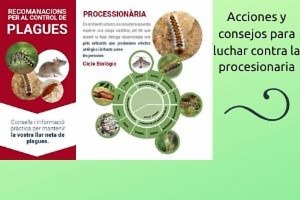 Action plan against the processionary caterpillar