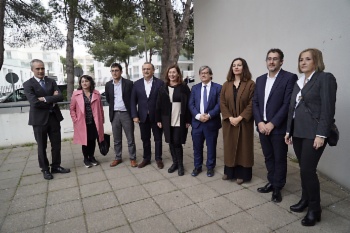 The project, financed by the Sustainable Tourism Tax, will follow a model of collaboration between Calvià Town Hall and the Government of the Balearic Islands, the Consell de Mallorca and the Universitat

The Puig de sa Morisca Archaeological Park Museum project was presented this afternoon, whose works have already begun. A project financed with the Sustainable Tourism Tax funds that will make this set a reference place in the Balearic Islands, both for its tourism potential and for the integration of the educational, cultural, natural and landscape offer.

The President of the Government of the Balearic Islands, Francina Armengol; the Insular Director of Heritage, Francisca Coll, and the Vice Rector for Research and Internationalisation of the University of the Balearic Islands, Enrique García, intervened in the presentation, introduced by the Mayor of Calvià, Alfonso Rodríguez Badal, and carried out by Doctor Manuel Calvo, responsible for Heritage in Calvià Town Hall.

The Mayor explained that Calvià will have an exceptional Museum where it can exhibit its valuable archaeological heritage and that it will be the headquarters of the entire Puig de sa Morisca Archaeological Park. Alfonso Rodríguez Badal stressed that these facilities begin with the vocation of being a cultural and heritage asset for all Calvià residents, but also for all citizens of Mallorca and the Islands. The facilities are also projected as an infrastructure that will give added value to the tourist destination, that must also offer the hallmarks of a welcoming municipality such as Calvià, an island like Mallorca and a Community such as the Balearic Islands and its own historical roots. 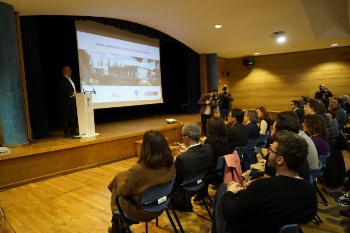 The Mayor recalled that the Sustainable Tourism Tax allows the realisation of this project and wanted to thank the collaboration of the different administrations, Govern, Consell and Ajuntament, in the future management of the Museum with the technical and indispensable support of the University of the Balearic Islands: «It is already, and will be, an example of collaboration and joint management».

The President of the Government of the Balearic Islands, Francina Armengol, thanked all the people who have made possible the project to have gone ahead and stressed the importance of the Sustainable Tourism Tax that will allow, in this case, to reinvest in a resort that will be more notable at international level. Armengol assured that the Govern will work intensely for the creation of the future Foundation that will allow to share the Museum's management.

On her behalf, the Insular Director of Heritage, Francisca Coll, has offered the Consell's availability to add to a project which she wanted to highlight, amongst other aspects, the value that it will have to allocate a visible space to the restoration and the educational aspect that the project also includes. The Vice Rector for Research and Internationalisation, Enrique García, who has offered the full support of the university institution, intervened on behalf of the University of the Balearic Islands.

The explanation of the project was carried out by Manuel Calvo, who detailed the patrimonial value of the park and the museum project.

The Museum presentation was also attended by the President of the Parliament of the Balearic Islands, Vicenç Thomas; the Regional Minister of Economic Model, Tourism and Labour, Iago Negueruela; the Councilmen and Councilwomen of Calvià Town Hall, as well as representatives of the educational community and neighbourhood, trade unions and business associations.

Calvià Town Hall, the Government of the Balearic Islands, Consell de Mallorca and the University of the Balearic Islands have joined for the implementation of the project given the importance of the Heritage existing in the Archaeological Park, which acquires a relevance that goes beyond the municipality of Calvià and is integrated into the History of the whole of the Balearic Islands. Through the creation of a future Foundation, these four institutions will contribute their knowledge, efforts and resources to the development of the project. The contributions will go from the financing to the approval of the permanent deposit of the archaeological collections in the Museum that is being built, going through the support to research and to the educational proposals that from the UIB will be promoted in the Park.

As a whole, both for the heritage importance and for the development of the project and the institutional support, the objective is to obtain a reference proposal in the Balearic Islands that allows to contribute, from the cultural aspect, an added value to the entire tourist offer of the islands and, in short, be a reference of cultural, educational and heritage activities for all citizens. 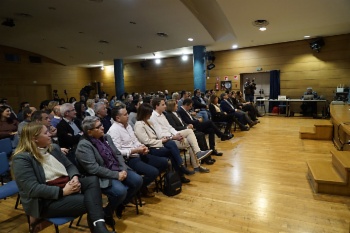 The Puig de Sa Morisca Archaeological Park (Santa Ponça) began in 1996 and has been developing until today. It has 35 public hectares, with 6 integrated archaeological sites and 10 assimilated. It has more than 6 kilometres of itineraries that allow observing a great botanical and natural wealth. It has 9 ethnographic groups and 5 viewpoints, thus becoming the largest peri-urban park in the municipality. In 2002 the Park Master Plan was published, in which the construction of a museum was planned and in 2016 a small visitor reception pavilion was completed. The Park is currently being visited by some 70,000 people a year, being autumn and spring the seasons having the greatest influx.

Over more than three decades, Calvià Town Hall has been working on the protection, conservation, enhancement and dissemination of this Heritage. In this work, Calvià has been one of the most innovative municipalities of the Balearic Islands, both in the protection strategies through the catalogues incorporated in the General Urban Planning Plans, and in the creation of an Archaeological Park in Puig de Sa Morisca.

An aid of 1.765.174,15 € was approved for the construction of the Puig de sa Morisca Archaeological Park Museum in the call for the annual Sustainable Tourism Tax Plan for the 2017 period. With this, the Archaeological Park and its rich heritage began a new stage with the intention of becoming a reference for cultural promotion and dissemination of proposals related to archaeological heritage.

The Museum that is currently being built has an area of about 1.500 m2 and is organised on two floors. On the ground floor of the Museum there will be a large hall that will distribute the different units: the temporary exhibition hall, the restoration and archeology laboratories, the administrative services of the Museum, the shop and the bar. In the basement, the permanent exhibition hall and the different storage rooms that will allow exhibiting and housing the archaeological collections of the municipality of Calvià, will be located.

The discourse and museological design of the Archaeological Park will be structured in two main axes.

On the one hand, the improvement of the entire Park with its 35 hectares with the idea of generating an open-air Museum. It is planned to improve the more than 6 km of itineraries and all existing heritage elements (archaeological sites, ethnographic sets and landscape and natural heritage). Also, throughout this space, workshop / exhibition areas will be generated to show people who visit the Park aspects of life during prehistory (how flour was ground in prehistoric times, how fire, ceramics or metals were made, how the Balearic stone slingers used the sling, etc). An Archeodrome will also be built so that children can dig and learn to be archaeologists in a site prepared for them. Finally, rest areas and games will be adapted throughout the Park. The idea is to convert the entire extension of the Park into an open-air museum for the enjoyment of all visitors.

On the other hand, there will be a permanent exhibition of the Museum. For this, a proposal has been designed that could be attractive to all visitors, regardless of their place of origin. Therefore, a universal theme has been chosen. Under the title 'Humans in contact', throughout the exhibition it will be shown how contact with other people and communities has made us, over time, essentially human. However, these contacts have been very diverse and have had very different consequences. Therefore, throughout the permanent exhibition people will be able to see the different types of contacts that existed over time and how the Puig de sa Morisca Archaeological Park offers us a unique window to approach them. It will show the contacts between the Punic and the Talayotic, the relations between the Roman conquerors and the local communities, or what the conquest of Mallorca by the King Jaime I troopes in 1229 involved. The exhibition will end with the complexities and contradictions of the current contacts where, the transmission of information and the movement of people, carries us from our daily reality to a global universe. 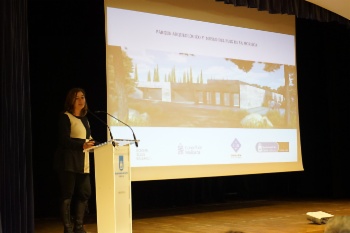 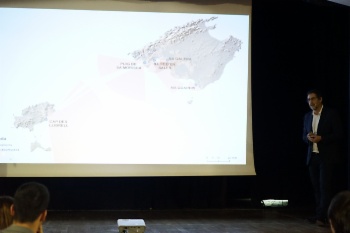 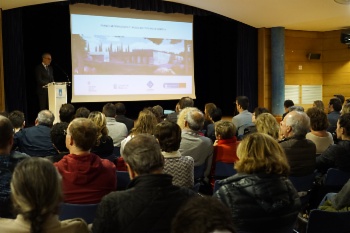 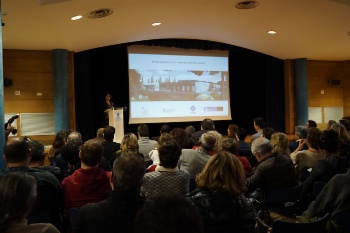 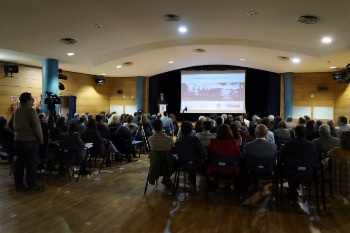 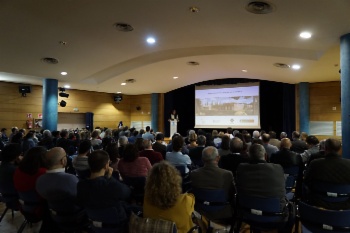 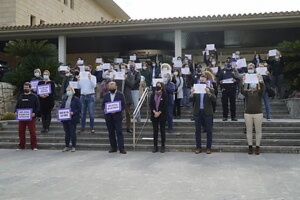 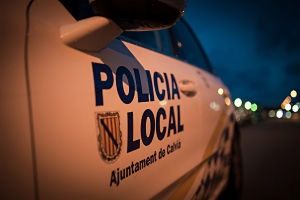 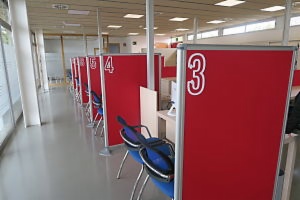 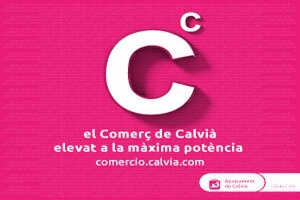